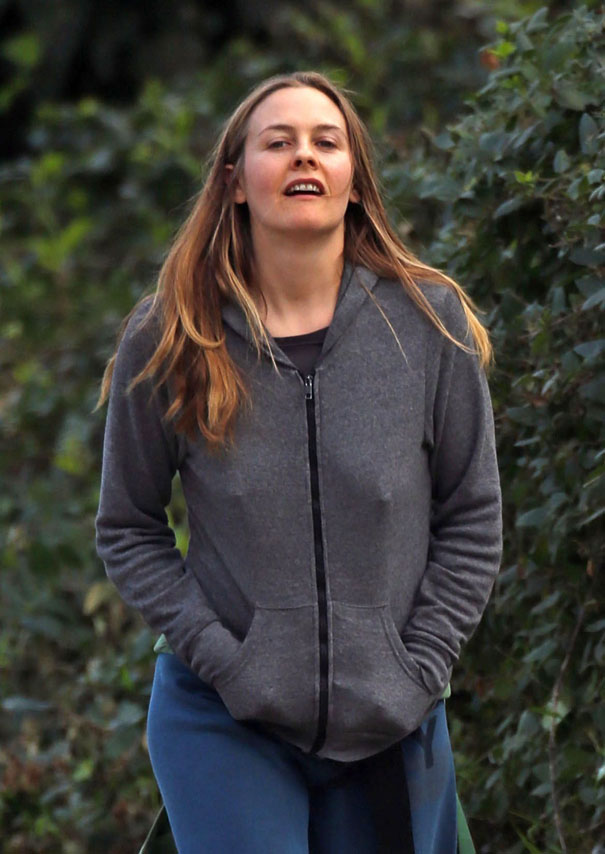 Alicia Silverstone made a trip to a screening of the new Butter movie with Olivia Wilde. Alicia has a small role in the movie as Julie Emmet, but I think she just wanted to see the movie for the Olivia Wilde stripper scene  on the big screen. What other reason would she want to watch a movie about butter?

Alicia Silverstone never really left the Hollywood, but she hasn’t had the spotlight that she did in the mid-to-late 90’s. But it appears that Alicia wants that spotlight back and is making a comeback. Here she is drawing some attention modeling underwear and giving an interview to Bullett magazine. She discussed how she got her start and her success as a young star in Hollywood:

ALICIA SILVERSTONE: We met at this fancy-ish restaurant in Beverly Hills called Maple Drive. My agent told me that I’d be meeting an amazing director who’d done Fast Times at Ridgemont High. I was 17, so I didn’t really know what that meant, other than that it seemed important.
AMY HECKERLING:
I’d seen your Aerosmith videos. The first one was “Cryin’,” where you’re mad at the guy and then someone steals your purse and then you do the bungee jumping. I’m always on the treadmill watching videos starring millions of supposedly hot girls. But I responded to you. You had personality and a soul. When I was writing the script for Clueless, I had a vague notion in my head of Cher as a pretty, sweet blonde, who, in spite of being the American ideal, people still really like. You had that marilyn monroe thing, which is that other women love you, too. I’m always so happy to see you in things. I saw the play—what was it? Time and Again?

There are so many things I would have done differently after Clueless, but I think we all have that period in our lives where we think, if I could just press the restart button!
You went through the biggest, craziest upheaval. But that’s what happens when you take someone who’s 17, and start telling her that all of these millions of dollars are dependent on her. There was a headline on the cover of a magazine back then that said, “Can Alicia Silverstone Save Sony?” What the hell? I always thought you should be reading the classics and going on dates. It was just crazy, the weight that was put onto you. – read more