Demi Moore Was in a Bikini Too… 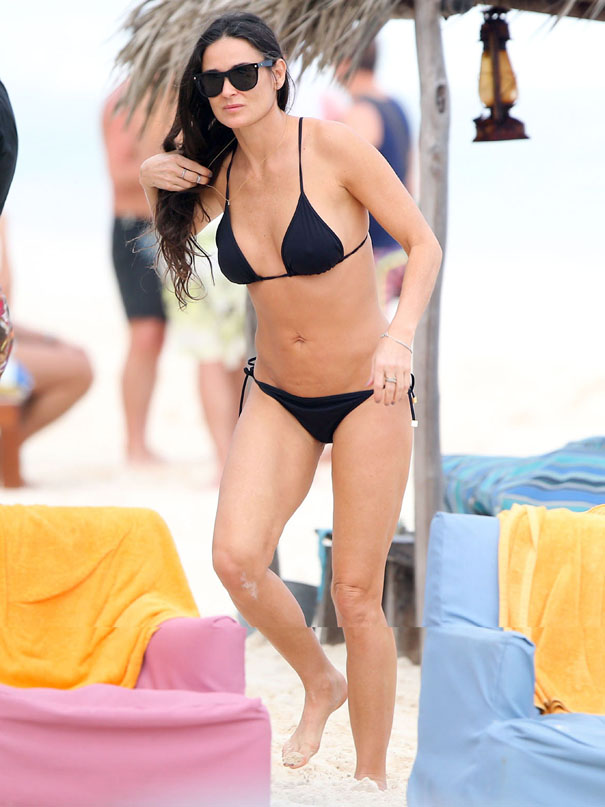 Surprise! Demi Moore and Ashton Kutcher Are Getting a Divorce

LOS ANGELES (AP) — Demi Moore is ending her marriage to fellow actor Ashton Kutcher, she told The Associated Press on Thursday. Moore, 49, and Kutcher, 33, were wed in September 2005. The couple’s relationship became tabloid fodder in recent months as rumors swirled about Kutcher’s alleged infidelity.
“It is with great sadness and a heavy heart that I have decided to end my six-year marriage to Ashton. As a woman, a mother and a wife there are certain values and vows that I hold sacred, and it is in this spirit that I have chosen to move forward with my life. This is a trying time for me and my family, and so I would ask for the same compassion and privacy that you would give to anyone going through a similar situation,” she said in her statement to the AP.
The pair frequently used Twitter to communicate with each other as millions of fans followed along. – read more